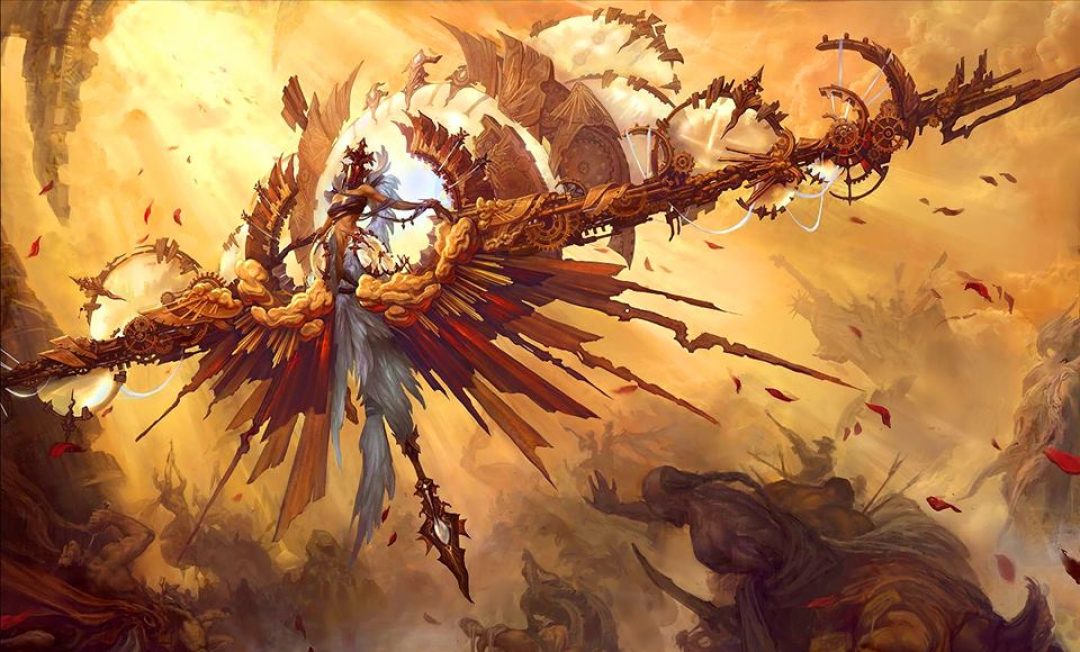 The event will be moderated by members of the Association of Black and Brown Writers and the AfroSurreal Writers Workshop.

For more information about the Creativity and Intuition Reading Series, contact Audrey at afrosurrealwriters@gmail.com: 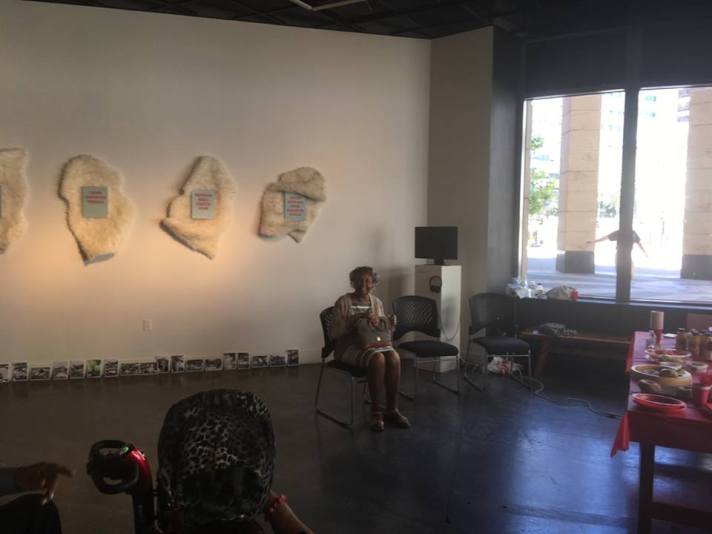 Dera R. Williams is the Director of the AfroSurreal Writers Workshop’s Time Capsule Project and arranged for a series of interviews with Oakland residents about the Great Migration through StoryCorps.  Dera is in the process of compiling a book about growing up in Oakland. You can learn more about Dera’s work here  and view pictures from the Time Capsule project below. All images were photographed at Pro Arts Gallery.

Jasmine Wade, Recipient of the AfroSurreal Writers Award for Excellence in the Short Story

New video and images from the AfroSurreal Writers Workshop’s EcoArts Fest 2017 held in collaboration with the Kiss My Black Arts Collective  can be found on our Youtube channel and Facebook page.

And here’s an interview with Amos White, recipient of our award for Excellence in AfroSurreal Writing and Art:

AfroSurreal Writers of the East Bay

Q: What role does the environment play in your writing or your activism?

White: The natural environment is essential to all my work, as is the built environment: the immediate environmental conditions, whether it’s raining, a cutting wind, damp and foggy; to the societal environment, from tapping the day’s zeitgeist to following the current events to the source of the page.

My haiku is sustained and nourished with its reliance on the space found within and from the environment, even when it is written as a humanistic senryu.

grin back at terror–

down through the last breath

Q: What writers, artists, or activists do you admire–and why?

White: Some of the people I admire as writers, artist or activist include Taj James who maintains a successful living legacy of social justice activism and a voice that inspires progressives in California and across the nation. Rebecca Solnit is a courageous, prolific author and activist who is quick and on point when speaking truth to power. Linda Sarsour stands like an oak as a true champion for women and Muslim’s rights and equal treatment under the law and in society. Kamau Bell delivers comedic social commentary that cleaves our biased assumptions and leaves us smiling, yet learned. Dr. Chip Thomas has saved lives in and saved minds. His outspoken artwork spans the northern Arizona highways and landscapes adorning otherwise unseen building with images that speak of the Native American experience. Tongo Eisen Martin braves nothing yet his poetry endures within us like everyman’s anthem long after his sonorous tones leave us. Colin Kaepernick is an American hero and patriot who risked his career and popular celebrity status as a leading American football player when he stood up for the equal application of all American’s civil and human rights as protected by The Constitution by taking a knee in protest to the disproportionate injustices of police and state sanctioned killings of unarmed black men and women and children, and people of color in America. Lupita Nyong’o who’s stunning cinematic performances pale in comparison to her pride and outspoken champion of excellence and grace in the content of one’s character regardless of the color of their skin. Van Jones for his strong social justice and economic justice work and voice in representing people of color and underserved Americans. Kamasi Washington whose original brand of jazz music artistically reinterprets both the genre and ourselves within the context of modern times.Barbara Lee was the first and the only member of Congress to oppose the Iraq War in retaliation to the 9/11 attacks and has never wavered from representing the higher ideals of liberty, justice, freedom and truth for all Americans. Claudia Rankine produces literary artifacts that stretch the imagination and embolden even the uninspired soul.  Spike Lee for his persistent creativity that raises critical societal issues that challenge the status quo thru a uniquely African American lens. Bernie Sanders for his dogged determinism to be the solution of the people, for the people and by the people, that awoke our nation’s moral conscience.

Q: What is one thing people should understand about your art or your activism?

White: The authenticity of my actions and experience are an ever evolving act, a struggle to consciously become more fully aware of my existence as it is linked to and an influence upon others in our collective movement towards liberation.

can a man truly be free?

bees in the clover

We’re excited about collaborating with the Kiss My Black Arts Collective  and the Great Wall at Oakland/Oakland Light Factory on arts projects throughout Oakland. These artists are COMMITTED to their work. We’re also looking forward to working with the Matatu Festival and SPARC.  And many thanks to the Piedmont Key Club for helping us with neighborhood clean-ups and planting flowers and to the Sierra Club for pruning trees. . Below you’ll also see pictures from our first conference at the African American Museum and Library at Oakland. Look forward to pictures and video from our exhibition at Pro Arts Gallery and from the July Creativity and Intuition Reading Series curated by Audrey T. Williams and Dera R. Williams.

Jasmine Wade, Recipient of the AfroSurreal Writers Award for Excellence in the Short Story 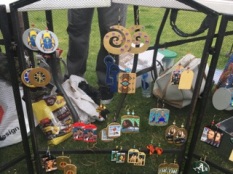 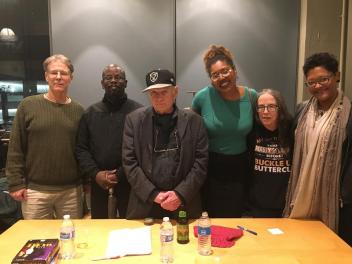 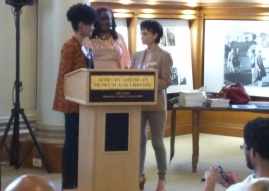 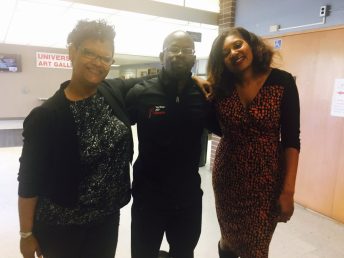 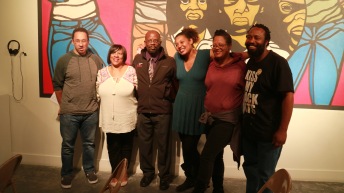 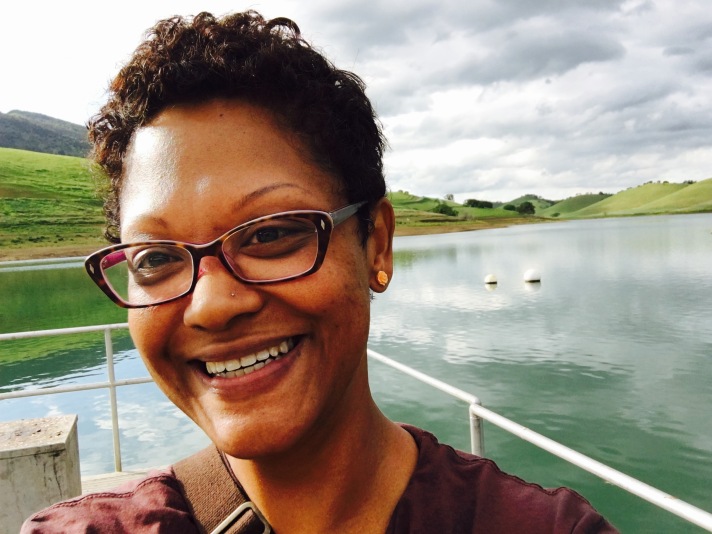 We want to hear your thoughts! The AfroSurreal Writers Workshop (ASWW) enjoys having meetings and discussions with writers about their creativity, important social issues, and how their work connects. If you want to talk with us, email us at afrosurrealwriters@gmail.com. 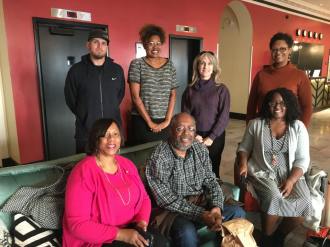 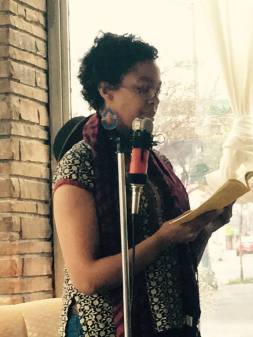